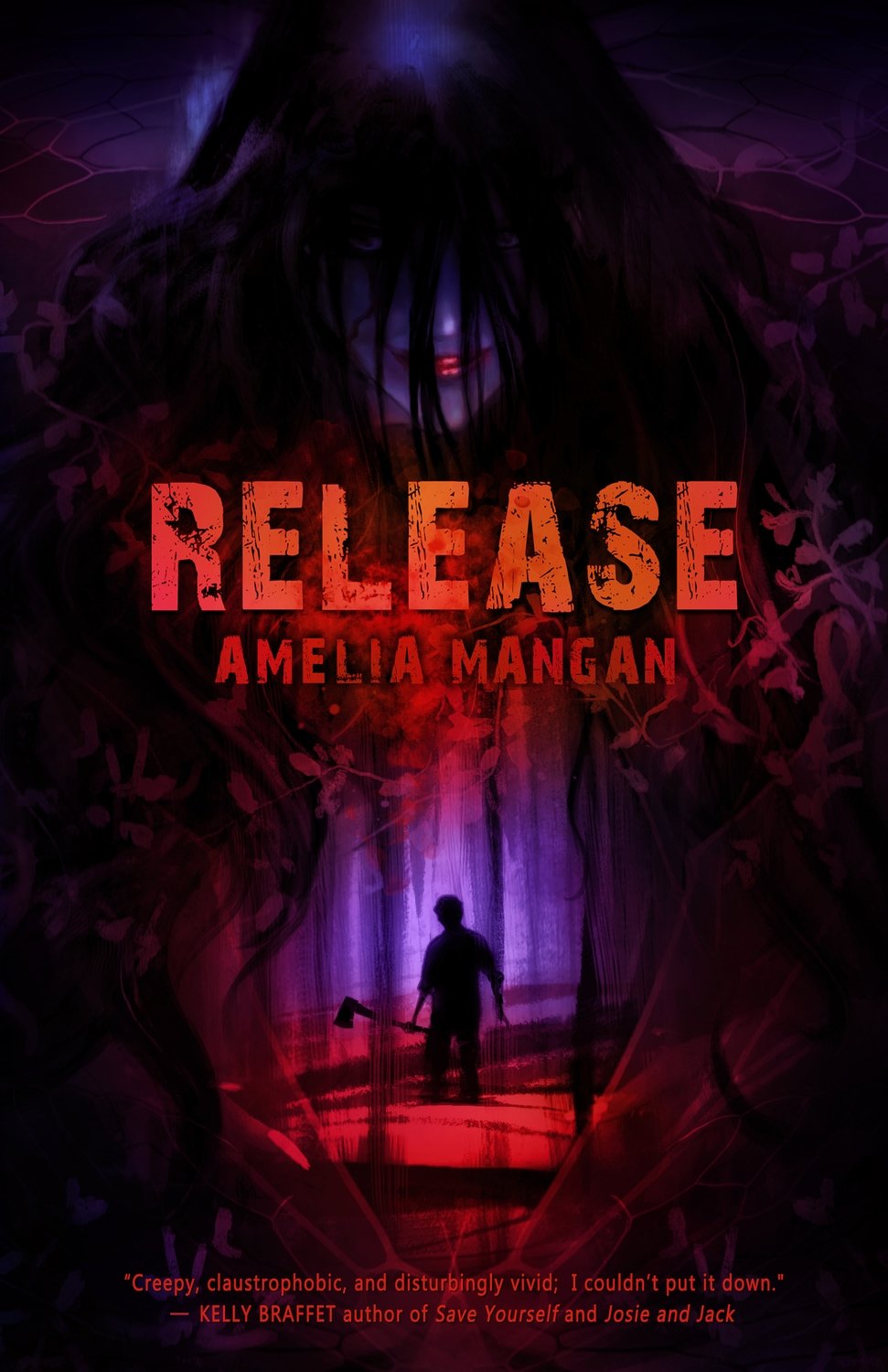 At the age of sixteen, Stanley Fitzgerald murdered his mother. He hasn't uttered a word since. Institutionalized for the last twelve years, he spends his days numb and unresponsive, shut away in a dismal, silent world of his own.

Until he meets Marina.

As their friendship grows, Marina's influence draws Stanley out of his shell. The doctors, pleased with Stanley's progress, decide it's time for his release.

Returning to the isolated Midwestern farmhouse where he grew up, Stanley is determined to start putting the pieces of his broken life back together. He never believes he will see Marina again. Not as long as he lives.

Until, one black and rainy night, Marina appears on Stanley's doorstep.

Stanley wants so badly to believe her.

Stanley has no choice but to let her in...

RELEASE is a Gothic fairy tale of love, death, guilt, and madness.

And it will never let you go.

"Reading Amelia Mangan’s Release is like being trapped in a slowly sinking ship while icy water rises all around you. It’s creepy, claustrophobic, and disturbingly vivid; I couldn’t put it down." —Kelly Braffet, author of Save Yourself and Josie and Jack

"Beautifully written and utterly absorbing, Release is the story of a young man trapped in an insular world of memories and madness. Returning to the rat-infested farmhouse where he grew up, Stanley Fitzgerald settles into a routine. He cooks, he cleans, he listens to the radio. One day fades into the next, but there is a certain comfort in the mundane. A certain hopefulness in the simplicity of his new existence. Then a beguiling young woman shows up at his door and Stanley soon realizes that for a man such as he, there can be only one release.

"Amelia Mangan’s writing is so rich and evocative, the reader will be tempted to race through the pages, but don’t. Release is to be savored, preferably on a moonlit night with a chill in the air." —Amanda Stevens, author of The Graveyard Queen series

"Haunting and hard to shake off. Release wraps its chilled fingers around you and doesn't let go." —Kathy Charles, author of John Belushi Is Dead

"Release is the novel you'd get if you put Stephen King and Angela Carter in a room together and got them good and mean drunk. Scary, thrilling, gimlet-eyed, and so sharp you could cut yourself on it, this is a triumph of horror novels, and heralds an exciting new talent in Amelia Mangan." —Jessica Alcott, author of Even When You Lie To Me