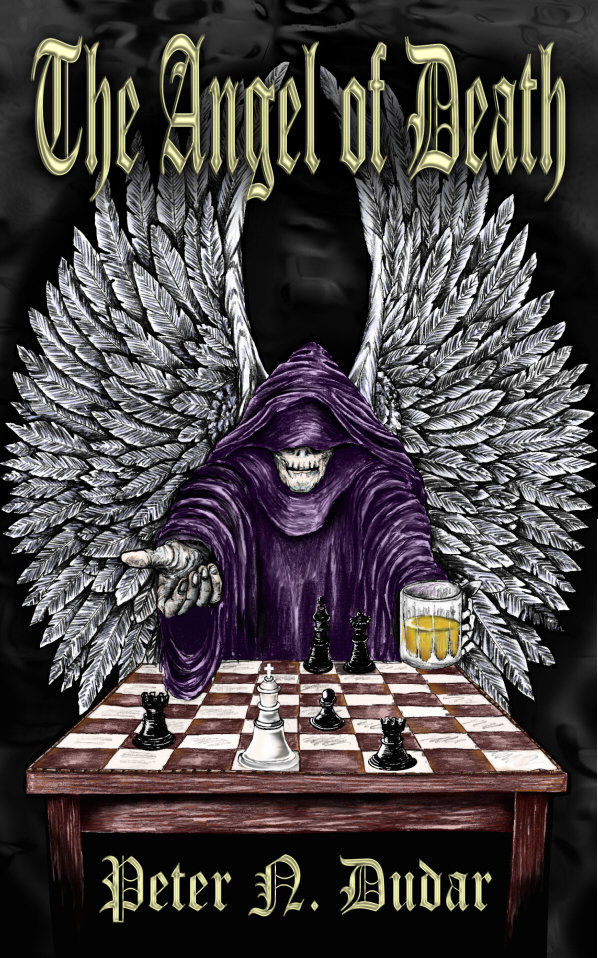 The Angel of Death by Peter N. Dudar

From the Bram Stoker Award-nominated author of A Requiem for Dead Flies.

Everyone has done something evil.

Frank is planning to murder his ex-wife. Working a construction job by day and driving a cab by night, Frank is slowly falling apart just trying to make ends meet. He’s poisoned by the toxic relationship with the mother of his children; all for the sake of staying in their lives. But the more he gives, the more she takes away, until he’s stripped of everything. And when she finally files the restraining order to keep him away from his kids, Frank is pushed over the brink of sanity. The ex-Mrs. Blake deserves to die, and Frank buys the gun and puts his plan into motion.

Malcolm owns a bar in downtown Portland. In his decades of running MacAuley’s of Scotland, he’s seen every form of sin and iniquity the city has to offer. But Mal has his own sins to hide from. His past life as a World War II pilot, and the death of innocent people he inadvertently caused has always haunted him. It’s been the catalyst for his downward spiral of sin and degradation. Until he realizes that he’s marked for damnation. A man can only live so long and run so far from the past…

Both men are on the brink of darkness until the Angel of Death pays one of them a visit. Salvation is at hand. But how far will one man go to save himself? Can he save his friend from the very same fate?