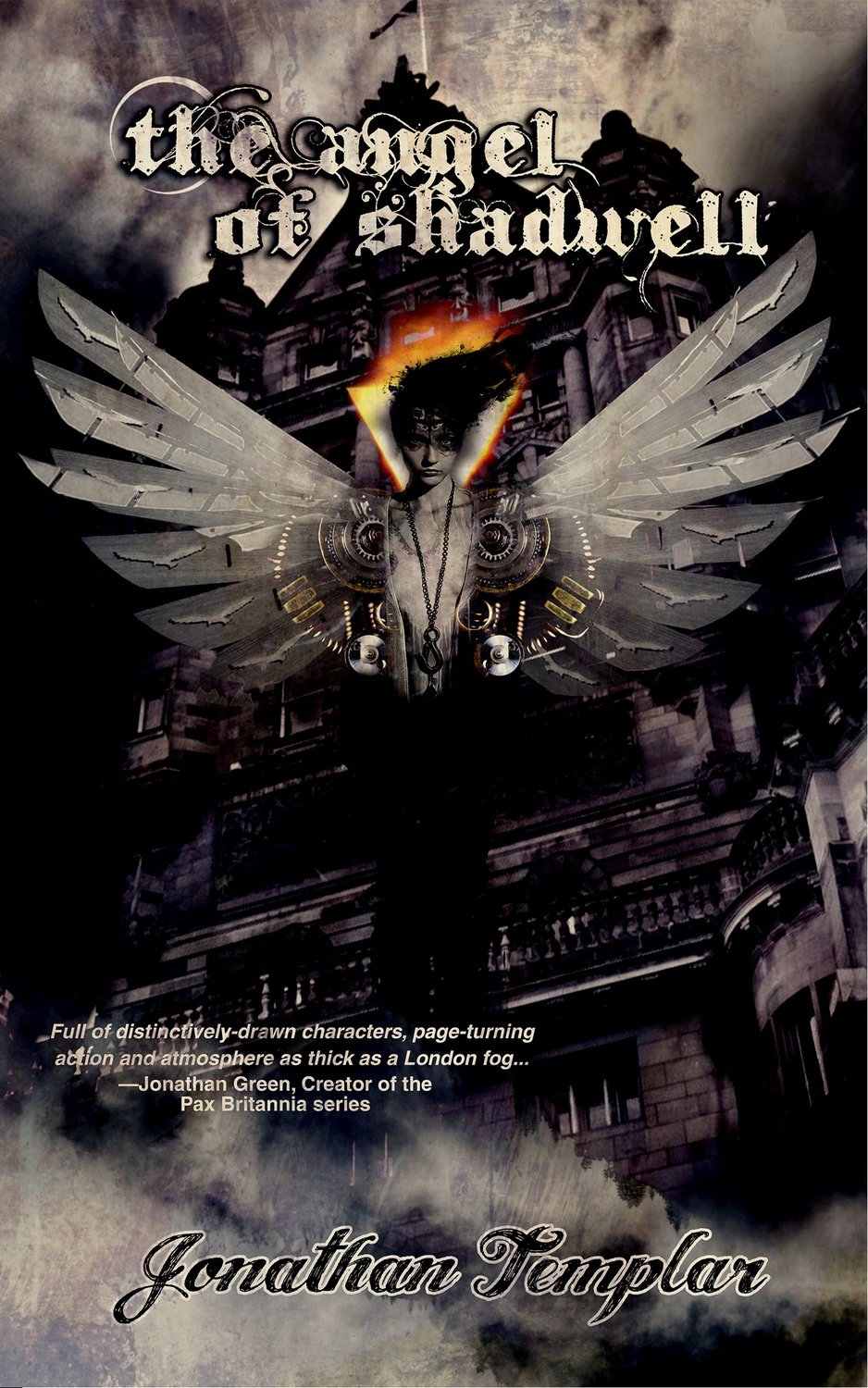 The Angel of Shadwell by Jonathan Templar

On the cobbled streets of Low London, Inspector Noridel of the Eternal Queen’s Constabulary is on the trail of a killer. A killer who removes the still-beating heart from his victims. A killer who witnesses describe as an “angel.”

This is an England where Queen Victoria has refused to die. Frozen in state, she thaws for a single day each year to guide her Eternal Empire to even greater glories.

An England where the Working Guilds of the Flesh and the Clockwork exist in an uneasy truce, each with their own secret agendas.

No longer a green and pleasant land, this is a country whose gardens have become the factory floor for an ever-expanding Industrial and Military Empire that has conquered the globe. An Empire that breeds ever-growing resistance.

Here, Scotland Yard walks the land in the belly of an Iron Giant, fighting crime wherever it may go, home to a vast super-computer with a penchant for riddles and a dangerous crush on Inspector Noridel.

To catch the killer, Noridel will have to look to his own past.

And to his future…

"Just when you think you've seen every possible variation on the Steampunk-London theme, along comes Jonathan Templar with something new and inventive. Full of distinctively-drawn characters, page-turning action and atmosphere as thick as a London fog, The Angel of Shadwell is the kind of story that's bound to leave other genre authors wondering, 'Now why didn't I think of that?'"—Jonathan Green, Creator of the Pax Britannia series (Time's Arrow, Dark Side, Anno Frankenstein)